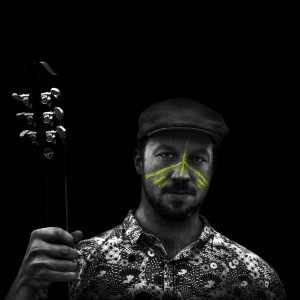 From Dublin , Ireland, Richard is an intuitive, thoughtful and soulful musician, the sensitive kind. Born and bred on blues and classical music, Richard is a singer and songwriter foremost, he is also well accomplished guitarist and pianist. His voice has been compared to the smoothness and rasp of Taj Mahal, while his originals recall a nostalgia of great song writers like Stephen Stills and Van Morrison. Richard is a troubadour by nature, learning and playing as he goes. He has ventured from New Orleans to Havana, Cuba to Colombia, playing on the streets and absorbing different cultures and musical styles. This is his huge source of inspiration for him.

The blues has always been at the forefront of his life and he has always had an ear for other traditions including folk, soul, jazz and latin music.Having lived in Ireland all his life and played big festivals and venues such as Electric Picnic, Body and Soul festival and Vicar St, he decided last year to move to Copenhagen to broaden his horizons.

He has released two albums in Ireland, ‘Trainman’ with a blues/rock outfit called History of Harry in 2008 and ‘Light at Sea’ with Richard Farrell and The Last Tribe in 2012. Richard also plays with a blues outfit called The Cat Burglars, a sound encompassing the raw feel of the Mississippi delta blues and the electric sounds of Chicago. He frequently returns to Ireland to play intimate concerts in jazz and blues venues throughout Dublin.

Since moving to Denmark, Richard has played The Copenhagen Blues Festival in 2015, the Copenhagen Jazz festival in 2015 and 2016 solo and with his band Richard Farrell and The Last Tribe. 2017 is set to be a big year for Richard as he plans to release his 2nd album of his own songs.